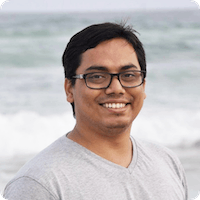 Subscribe to my newsletter and never miss my upcoming articles

To get started with numba, we will compute the Mandelbrot Set, a set of points on the complex plane which always remain bounded by a threshold value while solving the quadratic recurrence equation. It is an iterative problem which is also compute intensive and visual in nature. This makes it a good starting point for new numba users to witness the various ways in which one can achieve code speed-up using numba.

This Mandelbrot Set Generator is built using the Tcl/Tk cross-platform UI framework which comes pre-packaged with the python. UI layer (which includes advanced feature such as Zooming) and computational layer are separated for better understanding.

Tk comes pre-installed with Python and numpy is installed during the numba installation in case it is not available.

To get started with the exercise, simple clone the below project:

Brief description of various parts of the code are provided below:

Each implementation has a dedicated file and the recommended learning sequence that should be followed is provided below: 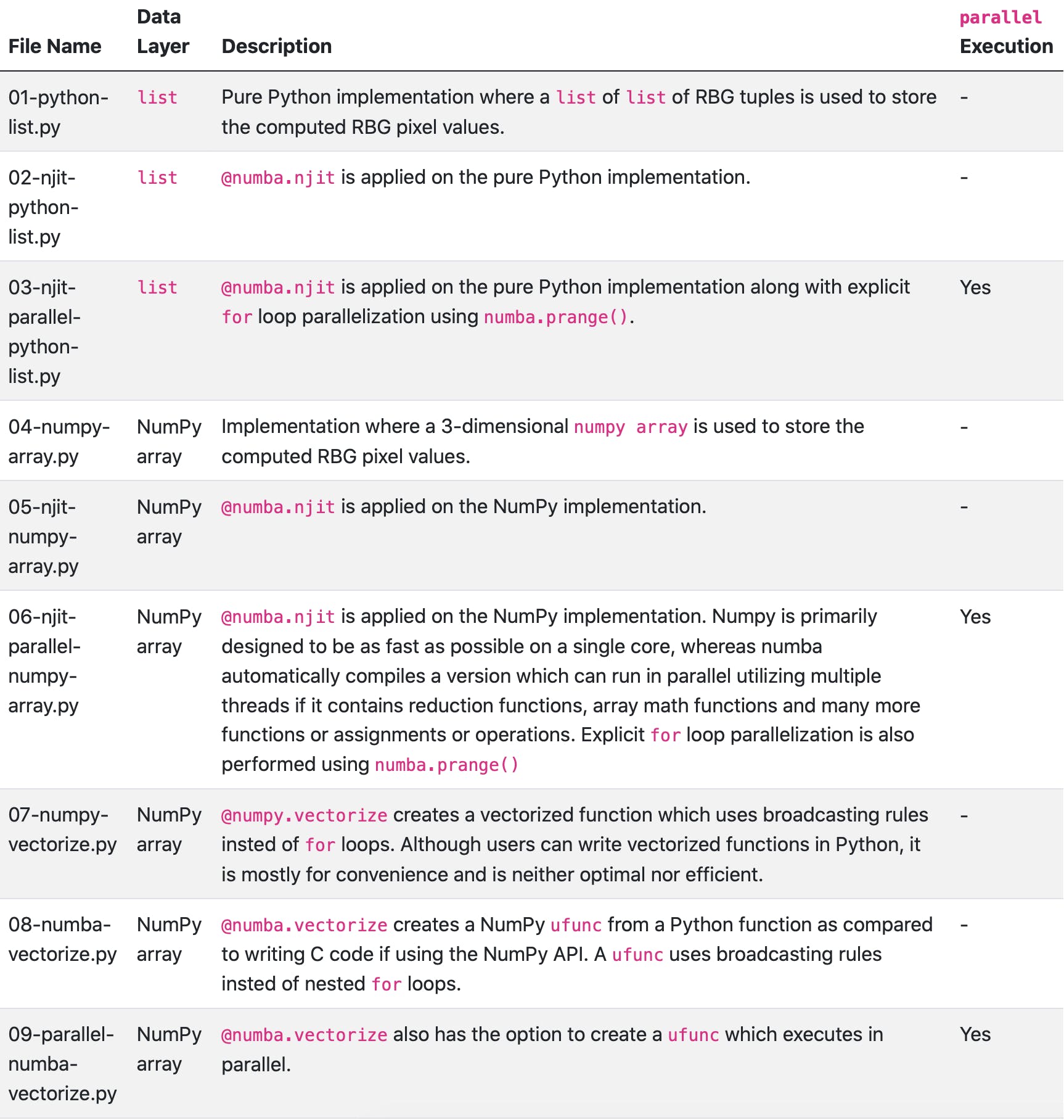 To execute the code just run:

A Tkinter GUI will pop-up. You can use left mouse button to drag and select an area and zoom into it. Right click to reset the canvas.

Want to learn more about numba ?